Who is CS:GO’s player of the decade? It’s s1mple 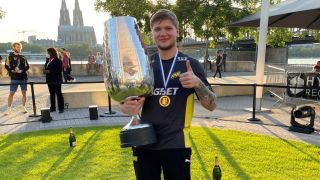 The Ukrainian AWP master Oleksandr “s1mple” Kostyliev has been named CS:GO player of the decade by the ESL (formerly known as the Electronic Sports League and one of the biggest esports bodies out there). He is one of the most individually successful pro players in Counter-Strike history—though didn’t win a major with Natus Vincere until 2021—but his utter domination with the AWP (Counter-Strike’s expensive one-shot glass cannon and a weapon that can win and lose matches) has resulted in countless legendary performances.

Kiriko’s new goth skin in Overwatch 2 is not just a phase, mom!!

PS Plus December games include two of the greatest RPGs of all time, and Mass Effect 3